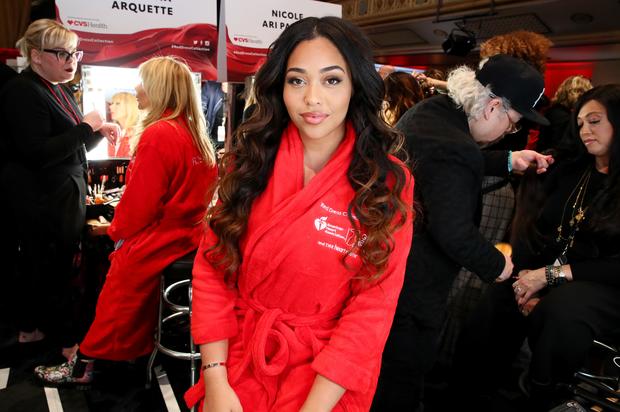 Things with the Kardashian-Jenners are always complicated which is probably why watching Hollywood interactions from afar is so entertaining. Now, Jordyn Woods was already engulfed in some drama this year after she hooked up with Khloe Kardashian’s baby daddy, Tristan Thompson. However, things seemed to get a little bit more awkward earlier today after Woods was spotted with Ray J who co-starred in Kim Kardashian’s infamous sex tape. But it wasn’t what anyone speculated — it was simply business.

Jordyn Woods seems to have gotten another business offer on her table following the Tristan Thompson scandal. Woods is now featured in a new video promoting Ray J’s new Raycon E50 Earbuds along with a few other familiar faces. Snoop Dogg, Offset, Cardi B, and many others are also featured in the ad. Despite the strange connection they have with each other, the two of them only met after Woods and Kylie Jenner fell out. Apparently, Ray J’s manager, David Weintraub, offered $30K to Jordyn to promote the RayCon products but nothing’s been confirmed, just yet.

Interestingly enough, the ad arrives days after the cheating scandal episode of Keeping Up With The Kardashians aired. Jordyn has since responded to it in an indirect fashion that neither of confirmed the allegations. “Everyone has their truth and their story, so you just go with it. Everyone has the right to speak their truth,” she said.

Roddy Ricch’s ‘The Box’ is the No. 1 Song for the Sixth Week