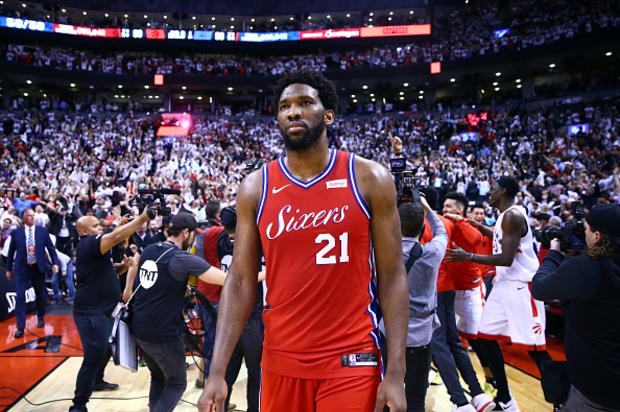 Joel Embiid isn’t hiding from the tears he shed following the Sixers’ devastating Game 7 loss in Toronto. In fact, Embiid is embracing the viral moment, as evidenced by his new profile picture on twitter.

The Sixers’ All Star center returned to social media on Wednesday night with his new, crying profile pic and a message for the fans.

“Hell of a season. Proud of my guys and I appreciate all the support you guys gave us all season long. Extremely disappointed and fell short of our goal but this is the motivation I needed and best believe I’ll be BACK EVEN BETTER AND STRONGER #TheProcess“

Taking another jab at himself, Embiid posted the same message on his instagram account and tagged the location, “The Crying Wolf.”

“Losing the game that way,” Embiid said when asked about his show of emotion, per ESPN. “Last shot. After a hard-fought game, I feel like we had a chance. A lot of things go through your mind. And it sucks. I don’t know. I can’t explain it. It just sucks.”