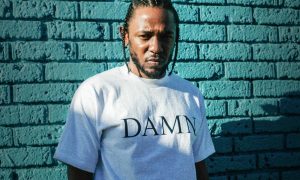 Kendrick Lamar broke his silence to announce his nearly two decade run with Top Dawg Entertainment is coming to an end.

Kendrick tweeted a link to oklama.com on Friday along with a folder clip art with the words “nu thoughts” under the image.

On the site, K-Dot gave an update on his next album. “As I produce my final TDE album, I feel joy to have been a part of such a cultural imprint after 17 years,” he wrote. “The Struggles. The Success. And most importantly, the Brotherhood. May the Most High continue to use Top Dawg as a vessel for candid creators. As I continue to pursue my life’s calling.”

Kung Fun Kenny started the note sharing how he spends most of his days and revealed that he goes months without a phone. “I spend most of my days with fleeting thoughts. Writing. Listening. And collecting old Beach cruisers. The morning rides keep me on a hill of silence. I go months without a phone. Love, loss, and grief have disturbed by comfort zone, but the glimmers of God speak through my music and family. While the world around me evolves, I reflect on what matters the most. The life in which my words will land next.”

It’s unclear if his departure from TDE also marks a retirement, but Kendrick Lamar ended his message with a positive note. “There’s beauty in completion. And always faith in the unknown. Thank you for keeping me in your thoughts. I’ve prayed for you all. See you soon enough.”

The post ICYMI: Kendrick Lamar Announces The Production of His Final TDE Album: ‘There’s Beauty In Completion’ appeared first on The Source.