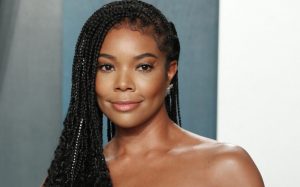 Gabrielle Union previously made explosive allegations against NBC and the toxic workplace of America’s Got Talent.

“We’ve reached an amicable resolution. NBC Entertainment appreciates the important concerns raised by Gabrielle Union and remains committed to ensuring an inclusive and supportive working environment where people of all backgrounds can be treated with respect,” a joint statement from NBC and Union’s spokespeople said.

The actress complained about racism and health violations at the Simon-Cowell produced series while she served as a judge, and sued for defamation after being labeled as difficult for speaking up.

An internal investigation was launched but never completed and there weren’t any signs of systematic racism found. However, significant changes were made in the human resources department.

But she stayed ten toes down and had a solid support system. In a Variety cover in May, the Bring It On star broke her silence about speaking up as a Black woman.

“Do I cave? I didn’t feel like myself; I’m shape-shifting to make myself more palatable. I’m contorting myself into something I don’t recognize. I had to look at myself and say, ‘Do you want to keep it easy? Or do you want to be you, and stand up?’ Because I’m not the only one being poisoned at work,” she said.

The post Gabrielle Union and ‘America’s Got Talent’ Reach ‘Amicable’ Settlement Over Workplace Toxicity Claims appeared first on The Source.

$NOT Teams Up With Denzel Curry For New Single “Sangria”

ScHoolboy Q Hints At New Album To Kick Off 2021