Flipp Dinero Spits Game In “If I Tell You” Visual 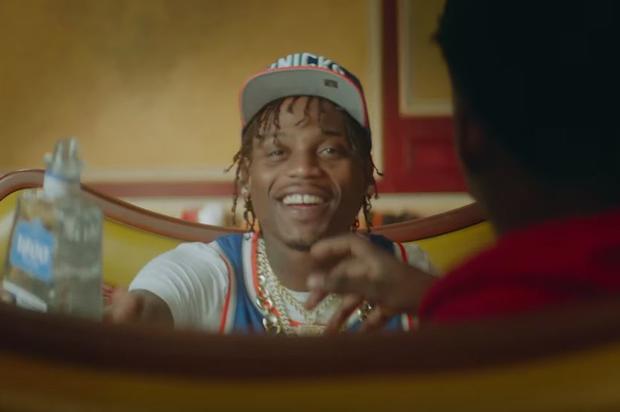 Months after dropping off his track “If I Tell You,” Flipp Dinero is back with the visual for his game-spitting single. The 23-year-old rapper’s music video tells the story of a father who disapproves of his daughter’s new beau, who just happens to be Dinero. Throughout the video, Dinero does his best to woo his leading lady, only to find out that the same older gentleman who gave him a hard time earlier in the day is none other than her dear ol’ dad.

Fans are still awaiting the next project from the New York native. His 2017 mixtape The Guala Way gained him some buzz, ultimately culminating a deal with DJ Khaled’s We The Best label in conjunction with Cinematic Music Group. This young rapper is already looking to build on his brand and expand his portfolio. While other artists his age are concerned with just landing their next show, Dinero is using his skills to make way for other avenues. “Music is opening a lot of doors,” he said. “If I’m smart, I can make the right decisions to stretch my brand and hit a home run.”

T.I. Calls For People To Not Spend Money In “#BlackoutDay2020” Protest

Harvey Weinstein Sued By Four Women, One Claims He Sexually Assaulted Her At 17