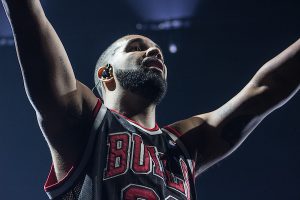 Drake threw $100,000 on his American Express to assist in the bailout of Black Mothers and reunite them with their families. The organization the 6ix God donated to was the National Bail Out.

Drizzy was tagged by Mustafa the Poet on Instagram who donated $400. He would challenge Drake and The Weeknd for their donations, to which the former went big.

Drake would throw up $100K to the cause but revealed that he had a bit of trouble, the transaction was flagged as a fraud on his card. He would make a call to get it cleared up.

The “Toosie Slide” creator was seemingly going to keep it Lowkey but Mustafa brought it to the timeline, which you can see below.

The post Drake Gives $100,000 to National Bail Out Organization appeared first on The Source.