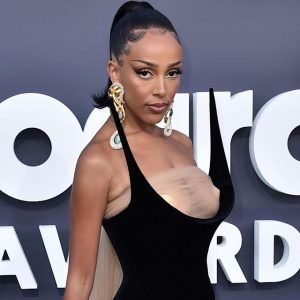 Doja Cat is teasing fans with some details about her next album. In an interview with Elle Magazine before she revealed she needed surgery on her tonsils, Doja said she’s fielding new beats from friends. She told the magazine that the album will be “predominantly rap.”

It’s not clear when Doja will be able to begin work on the “Planet Her” follow-up after last week’s news. She was forced to cancel all of her upcoming festival appearances along with her slot on The Weeknd’s upcoming tour due to the surgery.

The “Say So” singer noted her next album will be a double album that is more “rap centric” and will be fully produced by 9th Wonder and Jay Versace. She also revealed that she wants to get into stand-up comedy and acting.

The post Doja Cat Teases Next Album Will Be Predominantly Rap appeared first on The Source.