DaBaby Gets Into Tussle At Mall; Bloodies & Depants Opponent 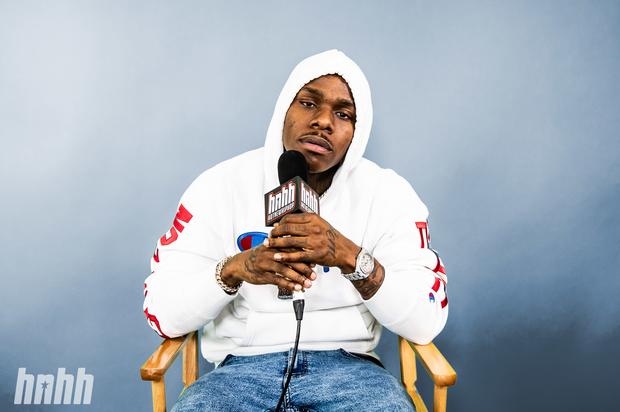 In all seriousness, it’d seem to be the logical thing to steer clear of anyone who doesn’t think twice to shoot and kill a man in defense of his family and/or his honor,m especially when such actions are well documented.

Nevertheless, such a narrative didn’t stop one unlucky rapper from taking his shit as DaBaby recently as he and the North Carolina rapper both patronized a jewelry store. In clips recording and uploaded to social media both on DaBaby’s accounts as well as the other individual in question, North Carolina emcee Cam ColdHeart, it’s quite clear that DaBaby’s lyrics don’t stray much too far from the truth.

In the first clip, we see Cam holding his own phone as he repeatedly calls out DaBaby. “You a bitch,” he exclaims, adding “What you gon’ do? What you taking your shit off for?”

The clip that follows is Baby’s own perspective as the “Suge rapper responds as he inches in closer n Cam. Soon enough Cam throws the first punch and a scuffle ensues. But nothing can quite prepare the first-time viewer for what comes next as DaBaby final piece of documentation is of Cam ColdHeart on the floor with a bloody nose and his pants around his ankles. Yes, he leaves the man with his pants around his ankles.

Cam ColdHeart would soon respond with his own video, asserting that DaBaby wasn’t fighting alone, alleging that DaBaby’s crew jumped in as well–a very plausible situation as the rapper’s security had no problem assaulting a fan who got too close for comfort when asking for a photo.