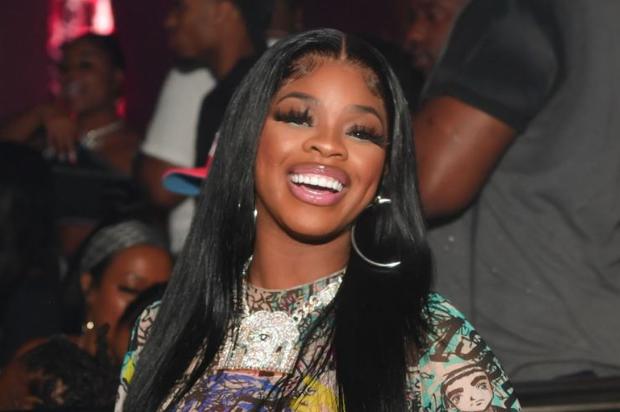 She was just trying to drop off advice for women who involve themselves with rich or wealthy men, but a social media user wouldn’t let her forget about her past. City Girls rapper JT has been enjoying the fruits of her labor as the Quality Control Music star often shares photos and videos of herself living the good life. While on Twitter, JT offered advice to women, telling them that if they don’t have money, they shouldn’t brag about wanting a man with wealth.

“Please don’t be a b*tch saying you fw with a rich n*gga & don’t got sh*t!” JT wrote. “Not a car, not a watch, not a chain, not a nothing & y’all be very materialistic ion wanna hear y’all don’t care either. Let me see something that’s yours! Get that [bag].” She added, “Yk what I forgot It’s the woke era that might offend y’all. But frfr I like to see b*tches bossy & getting a bag!”

After facing backlash, JT added in an audio clip that women need to acquire their own because the men in their lives aren’t guaranteed to stay. The rapper also talked about living within her means and making her own money, and then a Twitter user called her out about her “scammer” past. Years ago, JT was convicted on charges connected to identity theft and fraudulent credit card charges. She served her time in prison and in March 2020, JT was released from federal custody.

“When I was scamming I didn’t go get sh*t I knew I couldn’t afford or maintain THATS WHAT IM SAYING, next?” JT told the user. “[And] who tf a scammer? B*tch I RAP!” Check out the tweets, and the audio, below.