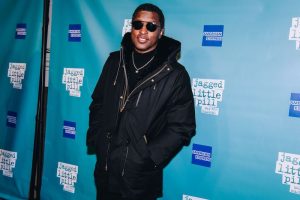 With just a few weeks until Super Bowl LVII, R&B legend Babyface, Abbot Elementary star Sheryl Lee Ralph and Chris Stapleton were announced as the acts for the Super Bowl pre-show. Babyface revealed shortly after that he intends to pay tribute to his late mother during his performance.

Babyface talked with TMZ, and he said he was shocked that he was chosen and that he won’t be taking the opportunity “lightly.”

“I can safely say that I never saw this one coming. It’s great. It’s an honor to do it. I was honored that I got the call and that everybody was supportive at the NFL and Roc Nation.

“I’ll be completely rattled when this happens,” he continued. “As much as I’m going to try to be comfortable with it, I know I’m going to be nervous because you think about how many people you’re actually performing for and what that moment means, and I won’t take that moment lightly because it is an honor. And no matter what anyone thinks, to have this moment at this point in my life as well, it’s very special so I’m gonna treat it with respect.”

The R&B legend then spoke about his late mother and late brother and said he would pay tribute to them during his performance. Babyface says that he partnered with a company to make hoodies for the performance and will donate the proceeds to an organization that supports people with Alzheimer’s that his mother was involved in.

“For these past few years ever since my mom passed away, I’ve always been always kind of pushing myself to go do things that would be either out of my comfort zone or things that I hadn’t done before,” Babyface said. “And so now here I am on the Super Bowl and I could just imagine what she would think at this particular point. And even my brother Marvin who’s not here with us either, he’d be jumping up and down.”

“Because this is important to me, I ended up teaming up with this company called Shine The Light On. They do t-shirts and hoodies, and so we’re going to do some hoodies together and I’m going to be able to donate some of those proceeds to Keep Memory Alive – which was something that my mom did which deals with Alzheimer’s patients. It’s a full thing that makes it all make sense. It was supposed to happen.”

Babyface is set to sing “America the Beautiful,” while Ralph is set to perform “Lift Every Voice and Sing,” and Stapleton will perform “The Star-Spangled Banner.”

The post Babyface Intends To Pay Tribute to Late Mother and Brother During Super Bowl Opening Performance appeared first on The Source.