Adele Reveals Drake’s Friendship Is One Of Her “Biggest Gifts” 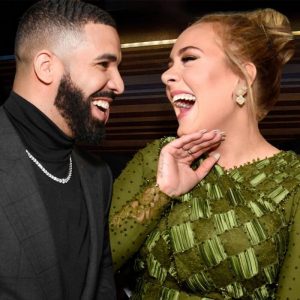 Drake’s friendship is one of Adele’s “biggest gifts.”

Adele is opening up about her famous friends. In a recent interview, she revealed Drake was one of the few people to hear her album 30 before it came out.

Now Adele is crediting her friendship with the Certified Lover Boy as one of the “biggest gifts” of her career.

She said they share in the fact they both got famous before the age of streaming. She explained having access to someone who’s in the same position in their career is a gift.

“We are a dying breed. […] There was like ten of us. You know, I don’t think there will ever be that many of us again, at the top doing it the way we were doing it. We came out before streaming. We came out before all the social media frenzies of, like, you know, ‘You’ve got five seconds to entertain; otherwise, get the f*ck out.’ We existed in the old school.”

The “I Drink Wine” singer also shared that her relationship with fame is complicated.

Saying, “My hobby became my job. I was unable to differentiate the two. So why do I want to go and do my hobby when my hobby is my job? […] Fame scares me. And, you know, fame comes with my job.”

The post Adele Reveals Drake’s Friendship Is One Of Her “Biggest Gifts” appeared first on The Source.