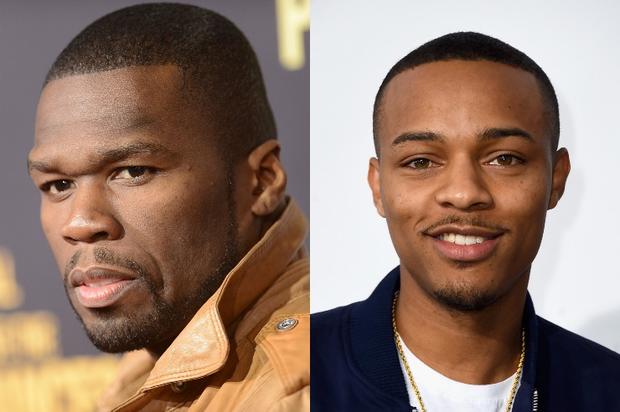 As the iconic comedy film The Hangover once proved, sometimes a bender can have consequences. Such was indeed the case during 50 Cent’s adventures in Atlanta a few weeks back, which found him, Trey Songz, Dave East, Lil Duval, and Bow Wow painting the town in exuberant fashion. It didn’t take long for the motley crew to end up at a strip club, where a hazy narrative kicked in. Upon making it rain in gales, 50 Cent apparently witnessed Bow Wow scooping up the fallen loosies like a man possessed. Given 50’s budding reputation as a kneecapping debt-collector, Bow Wow found soon found himself on the receiving end of a Fofty scorned.

Luckily, the diplomatic prowess of Ant The Ladies Man came through to mediate the situation, and 50 made sure to bring the “Bow Wow Wars” to an amicable end. “So I just got off the phone with my man Ant,” begins 50, in a state of the union of sorts. “He called me telling me Bow Wow reached out and actually gave him the money, so we cool and shit. But I was about to do something to that n***a. That n***a stole my motherfuckin’ money. You know what I mean? You throw the money for the dancers and shit, and this n***a picking the money up and taking it home with him?” At this moment, 50’s face falls, his disappointment in Bow Wow’s strip club etiquette evident. Still, he’s taken it upon himself to exercise forgiveness, and continues declaring the armistice.

“Now that I’ve got my money, I’m wishing Bow Wow peace, happiness, all the blessings that can come to him,” says 50, with a laugh. “But ya’ll leave him alone! He feeling all kind of pressure. Motherfuckers on his page like ‘you owe 50 money motherfucker! You better pay!'” He proceeds to act out Bow Wow’s flustered demeanor, a brief glimmer of character acting chops once displayed in “Things Fall Apart.”

Given that Fofty is known for pressing the issue until one’s body literally begins to give out, it would appear Bow Wow dodged a bullet. He made sure to slide into Fif’s comments, quoting Denzel Washington’s iconic turn as Alonzo Harris in Training Day – you already know which line.