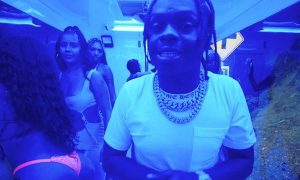 42 Dugg is back with a new video for the single “Turnt Bitch” from his Young & Turnt 2 album.

The video is directed by Ben Marc and brings Dugg to the scene rapping about being able to be free in life. He can be seen riding through the streets with some beautiful company alongside him.

“Turnt Bitch” follows Dugg’s first Top 10 placement on Billboard Hot 100 and Rolling Stone Top 100 for “We Paid.” He has now become one of the hottest rappers in the game and a must-watch for everyone.

If you need some more from 42 Dugg, you can hear Young & Turnt 2 featuring MoneyBagg Yo, Def Loaf, and more here.