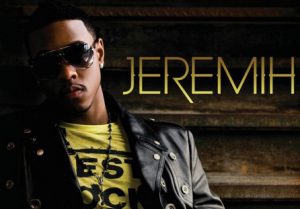 In today’s music industry, there are certain voices that stand out and make songs “bangers or “hits”. For our generation (The Oldest Millenials) Jeremih is without a doubt one of those voices. Artists and executives know at the end of the day when they need a certain vibe, Jeremih is where to get it.

Released by Def Jam Recordings, the album features triple-platinum smash “Birthday Sex,” and gold status “Imma Star” along with other classic hits. Promoting the release of the album, the album previewed exclusively on MySpace and debuted at number six on the US Billboard 200.

Since then, Jeremih has been nominated for a Grammy, won BET, Soul Train, and American Music Awards, collaborated with the likes of 50 cents and J. Cole, was awarded the 2016 ASCAP songwriter of the year, and has written hits for the entire industry, including but not limited to Rihanna, Big Sean, Rae Sremmurd, DJ Khaled, French Montana and more. Jeremih is currently gearing up to release his 4th studio album this year, but in the meantime, give the man his flowers!

Today in Hip-Hop History: Too $hort Releases ‘Shorty The Pimp’ 28 Years Ago