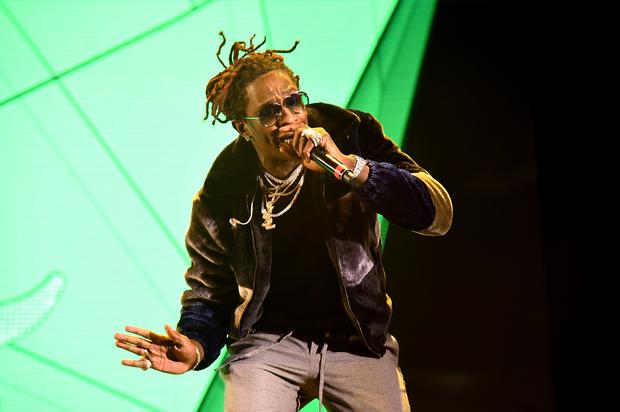 Mere days after somebody fired shots at Offset’s recording studio, another prominent Atlanta rapper has been targeted. TMZ reports that Young Thug was targeted in a drive-by shooting in Miami, thankfully emerging from the incident unscathed. Thug and two buses filled with his entourage were riddled with a stream of bullets, according to eyewitness reports. Apparently, Thug was in his Ferrari on the I-95 when a vehicle pulled up alongside him and began firing. TMZ claims that three people from the buses were subsequently brought to the hospital with non-life threatening injuries.

They also confirm that Thugger was not hit, but was present for when the shots began flying. He and his entourage were on the way to the Miami Beach Hotel, as he is currently scheduled to perform at Rolling Loud this coming Saturday. As of now, details of the shooting remain scarce, and we’re thankful that this one didn’t take a left turn. Hopefully, Young Thug and his crew aren’t too shaken by the incident. We’ll have more details on this one as they develop. In the meantime, send some positive vibes out to Jeffery.

Boosie Badazz on Hospital Discharge: ‘YEAH I STILL GOT MY LEG’