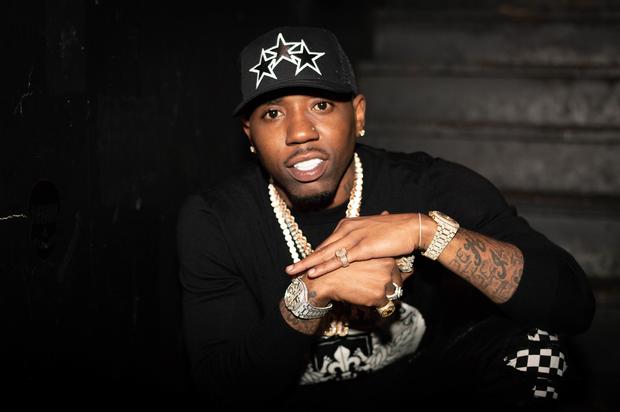 On Wednesday night, Atlanta rapper YFN Lucci, known for hits like “Everyday We Lit” and “Wet (She Got That…)”, turned himself in to police. He is currently facing a murder charge, in addition to other violent charges, in connection to a shooting that occurred in Atlanta on December 10th. We don’t yet know the details surrounding Lucci’s alleged role in the shooting, but here’s everything we do know about the evolving situation.

Around 5:20 pm on the night of December 10th, 2020, Atlanta police officers were asked to respond to an incident on Peeples Street that was described as a serious shooting. In the 911 call, a woman requests an ambulance, saying that she saw a man clinging to a white SUV before being shoved out into the street. The witness described the state of the victim to the 911 operator, explaining that he had suffered a gunshot wound to the head and that she believed he was dying in front of her.

When officers arrived on the scene, they found 28-year-old James Adams lying in the street with a gunshot wound to his head. Atlanta Fire and Rescue attempted to give medical aid to Adams at the crime scene, but he was later taken to the hospital where he died.

During this time, a second gunshot victim showed up at the Atlanta Fire Station on Lee Street, which was not far from the scene of the original crime. This second victim, identified as 32-year-old Kevin Wright, was conscious but refused to answer any questions about what happened to him. Authorities believe the two shootings are related.

The police later named three suspects in connection with the murder, one of them being YFN Lucci. The other two suspects, Ra’Von Boyd and Leroy Pitts, were caught shortly after the shooting, but Lucci remained hidden from the police until January 13th.

Shortly after the shooting, Boyd, 23, and Pitts, 17, went to South Florida to evade police custody but were eventually found by the Miami-Dade Police Department. Boyd and Pitts both face charges that are similar to YFN Lucci’s, including felony murder, aggravated assault, participation in criminal street gang activity, possession of a firearm during the commission of a felony, and possession of a firearm by a convicted felon.

On Tuesday, January 11th, Atlanta police released a statement saying they were looking for the public’s assistance in finding 29-year-old Rayshawn Bennett, popularly known as YFN Lucci. In the statement, Atlanta Police Department Captain Jason Smith details the charges against Bennett, which include felony murder, aggravated assault, participation in street gang activity, and possession of a firearm during the commission of a felony. A $5,000 reward was offered for Bennett’s arrest and indictment, encouraging the public to reach out with any information they might have on his whereabouts.

Two days later, on Wednesday, January 13th at 4:39 pm, YFN Lucci took to Twitter to promote the release of a new music video. After posting the video, Lucci’s Twitter mentions were flooded with users asking about the arrest warrant, commenting things like “They looking for you” and “My mans outch here tweeting like he ain’t wanted for a whole felony murder charge.”

Late Wednesday night, only a few hours after dropping the new video, YFN Lucci reportedly turned himself in to Atlanta police in connection to the murder. Bennett is currently being held in Fulton County Jail until further notice, and any attempts to reach Lucci or his label directly have been unsuccessful so far. His attorney Thomas Reynolds had no comment, saying, “the presumption of innocence is a fundamental constitutional right for every citizen. Beyond this, we have no further comment at this time.”