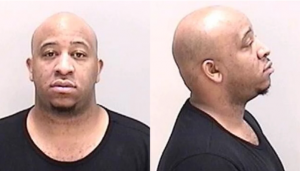 A Georgia man was sentenced to 8 years in prison last week for using stolen credit cards to scam hotels and limousine companies while claiming to be a member of the Wu-Tang Clan.

According to court documents, Walker Washington, 53, of Augusta, Georgia, was sentenced on Thursday, April 29, to 100 months in federal prison after pleading guilty to conspiracy to commit wire fraud. Washington was also ordered to pay almost $299,900 in restitution to the companies he scammed.

Washington’s partner in crime, Aaron Barnes-Burpo, 29, of Crestview, Florida, had already been sentenced to seven years in prison after pleading guilty to the same charges and having to pay almost 300,000 in restitution. The scheme went on for two months in 2019.

“These two flim-flam artists and their phony entourage lived large for several weeks by scamming hospitality providers,” Acting U.S. Attorney David H. Estes said in a statement. “We commend the skeptical hotel clerk who saw through the scam and alerted law enforcement, bringing this scheme to a halt,” he said.

The group’s plan was foiled after they tried to book 10 rooms at the Fairfield Inn and Suites in Augusta under the name “Rocnation/Wu-Tang Clan.” The hotel staff already knew it was a scam and contacted the FBI and Rocnation who confirmed the group was not affiliated and said the company had received calls from other hotels,

The post Wu-Tang Imposter Sentenced to 8 Years in Prison for Scamming Hotels and Limousine Companies appeared first on The Source.