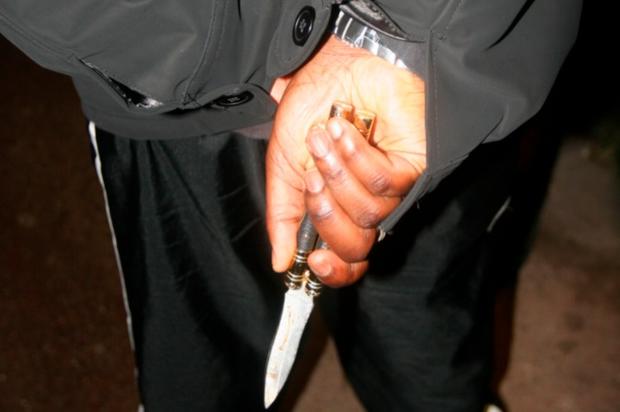 Sigh. At this point, it feels as though every day there’s a different headline of an innocent black killing by white people who, ironically enough, felt “threatened” in some way by a harmless act, so proceeded to murder in anticipation. This time, a young Latino/black teenager by the name of Elijah Al-Amin, was brutally stabbed by a white man who had no prior interaction with him, but felt “threatened” by his music.

Yesterday, Arizona law enforcement officials arrested, and charged, 27 year-old Michael Paul Adams with the first-degree, premeditated murder of 17-year-old Elijah. According to the Arizona Republic’s review of the official court documents, Adams had allegedly slit the boy’s throat and stabbed him repeatedly with a pocketknife at a Peoria Circle K gas station. Superior court records reveal that Adams told investigators that he felt “threatened” by the hip-hop and rap music the teen was playing, (not even Elijah himself) explaining that he believes people who play rap music are a threat to him and his community. Reportedly, Adams tried to justify the monstrous act by saying he was being “proactive, not reactive,” as that specific genre if music makes him feel “unsafe” after being attacked by rap music listeners in the past.

As per The Root, Al-Amin had just finished working his shift at Subway at 11:30 p.m., and had visited his girlfriend before heading to the Circle K at around 1:42 a.m. Surveillance footage from the convenience store reveals Al-Amin walking into the store, only to be ominously followed by Adams a few seconds later. After Adam allegedly stabbed the teenager, Al-Amin tragically ran out of the store where he collapsed near the gas tanks. Authorities say he was then transported to a nearby hospital where he was tragically pronounced dead around 2:05 a.m. on Thursday. After only a brief search, cops claim they found Adams covered in blood and reportedly admitting he was “involved” in the despicable killing. In a heartbreaking interview with KVOA, El Amin’s father described his son as “a good kid.” “He wanted to be hotel management,” he said, “he wanted to move to Seattle, he wanted to move different places.” Elijah Al-Amin would have turned 18 in two weeks.

Adams was revealed to have had an extensive criminal history, which includes theft, disorderly conduct, assault with a weapon and assault on a corrections officer. He was even JUST released from prison on Tuesday, and his attorney has tried claiming that he had no access to mental health services after his released, but a statement from a spokesperson from the Arizona Department of Corrections disputed this by saying that Adams was “not designated seriously mentally ill.” Michael Paul Adams is being held on a $1 million bond.

Bhad Bhabie Goes In On Her Father: “You Ain’t Do S**t”