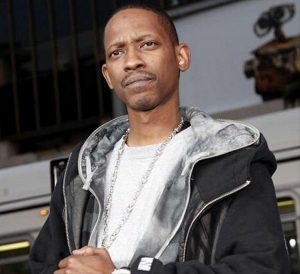 Young Gotti is Back!

Legendary rapper Kurupt is best known for supplying Hip-Hop with several of the genre’s greatest songs of all time. While many believe him to be an original West Coaster, he takes us back to his Philadelphia roots in the new video “Transformation,” out now, via HMG West. A set up to his upcoming album, Transition, in the new visual,  the ½ of Tha Dogg Pound visits with family and friends, honored with a street named after him and relives several historic moments throughout his career. DJ Quik makes a cameo.

A couple of months ago, Kurupt spoke on his contribution to West Coast Hip Hop, legendary beef with DMX and so much more with Bootleg Kev. During this year’s BET Hip Hop Awards, Tyler the Creator mentioned Kurupt as an artist he loved and admired for his lyrical creativity when asked about his classic West Coast Hip Hop choices, which Kurupt would later oblige the award-winning rapper on social media.

In related news, a clip of iconic recording artist/actor 2Pac Shakur dancing to Tha Dogg Pound classic recently went viral on social media. Durig Death Row Records, 2Pac and Kurupt collaborated on the track, “Got My Mind Made Up” featuring Redman and Method Man, off the All Eyez on Me album. As a solo artist, Kurupt released his debut album, Kuruption, in 1998 — after leaving Death Row following the death of 2Pac in 1996.

To date, Kurupt has released six solo albums and 15 collaboration projects with Daz Dillinger, Snoop Dogg, DJ Quik and his younger brother Roscoe. Kurupt has been recognized as a Top 10 lyricist of all time by Eminem. In Hip Hop, Kurupt’s classics include “We Can Freak It,” “Who Ride Wit Us” and the DMX-diss track “Calling Out Names.”

The post [Watch] Kurupt Returns Home In The New Video “Transformation” appeared first on The Source.