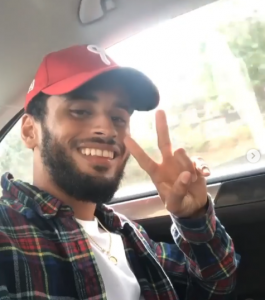 According to several confirmed reports, up and coming VA rapper Brian Trotter aka Kent Won’t Stop, was found dead in a car trunk in Miami following a car accident. He was 25 years old.

Miami Police responded to a car crash, where at least one of the cars involved was taken to a shopping mall parking lot close by. Suspecting foul play, police questioned 25 year old Robert Deupree Avery Coltrain, who was driving the vehicle. With flies swarming his car, police were more suspicious of Coltrain, who was then asked to take all of his possessions out of the car.

Trotter’s body had already started to decompose when it was discovered by police. Coltrain was seen leaving his home with Trotter before he was shot.

Coltrain was charged with the murder of Kent Won’t Stop and illegal transport of human remains.

Mo3’s Family & Friends Gather For Funeral In His Hometown

Lakers Looking To Scoop Marc Gasol Away From Raptors