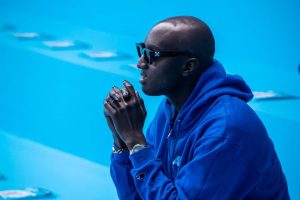 Virgil Abloh is not a fan favorite at the moment.

The unjust murder of George Floyd has sent the country in an uproar. People are demanding action from their favorite influencers and celebrities at this time. If they’re reaction or response is unsatisfactory, rest assured that Twitter will not let you hear the end of it.

Earlier today, Off-White CEO and Louis Vuitton’s artistic director, Virgil Abloh posted a donation to help bail out arrested protestors. While the gestures were grand, people are disgusted with Abloh’s donated amount of $50.

Many shed light on the fact that his donation did not equate to the price of any OFF-WHITE product.

Both Off-White and Louis Vuitton are two of the most recognized brands in fashion. Both brands operate in an elite fashion to where Virgil is applauded and supported by Black Culture for his work through those brands. Those same supporters are disappointed. There is little to no attire you can buy from Off-White for $50.

The 39-year-old designer responded with a post and delete. The people are calling for Abloh to own up to his donation, or respond with more context.

Abloh took to his IG story to speak on vandalism and looting that took place in his hometown of Chicago.

“Today that same community robbed us again. again if it heals your pains you can have it.”

Virgil and Just Don CEO, Don C are owners of RSVP Gallery in Chicago. The store was looted and vandalized as a result of the boiling anger of protestors. Abloh was also criticized for his vandalism statement. Designer Marc Jacobs had opposing views to Abloh.

The post Virgil Abloh Catches Heat For $50 Donation to Bail Funds for George Floyd Protestors appeared first on The Source.