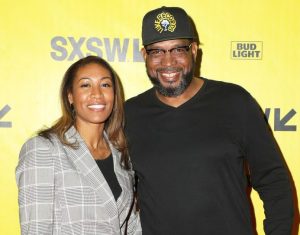 Uncle Luke’s wife filed for divorce, putting an end to their 12-year marriage.

Page Six reports that Kristin Thompson filed on July 17th. “It’s mind-boggling, hurtful, and a total surprise. I never intended to get married to get divorced,” he said, “That’s not in my DNA nor my family’s history. I believe in the sacred vows, for better or worse, but I have to respect her decision.”

“Under no circumstances was there any infidelities nor verbal or physical abuse by me,” the 2 Live Crew rapper said, “I am now trying to make peace with her decision as best as I can. It will take time. The most important focus for me now is our son and being the best parent I can in this situation.”

Uncle Luke revealed most of their friends and family are aware that they split and he asks for privacy. “Please understand this is not a nasty split, so I would ask all who are aware, not to speak on our personal lives and respect our privacy by staying positive for our son’s sake,” he said.

The couple have been married since 2008 and have a son together.

The post Uncle Luke Was Reportedly Blindsided by Wife Filing to End 12-Year Marriage appeared first on The Source.

An XXXTentacion Hologram Tour May Happen

An XXXTentacion Hologram Tour May Happen

$NOT Teams Up With Denzel Curry For New Single “Sangria”