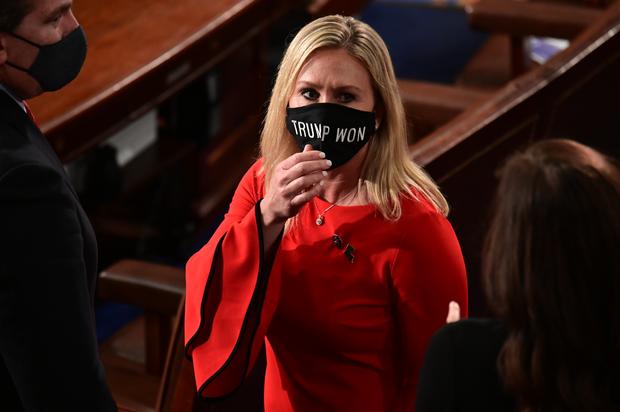 Twitter suspended the account of QAnon supporting Congresswoman Marjorie Taylor Greene, Sunday after she called for her supporters to “mobilize” to combat the “attacks on our liberties.”

“I encourage all Americans, not just the 75 million people who voted for President Trump, to mobilize and make your voices heard in opposition to these attacks on our liberties,” the tweet read.

Greene also tweeted a thread referencing conspiracy theories regarding the validity of the recent Georgia Senate elections. She reacted to the news of her suspension in a statement that called for Congress to “act swiftly” to “protect free speech in America.”

Prior to her election, Green previously supported the “Pizzagate” conspiracy theory, which claimed that Democratic Party leaders run a human-trafficking and pedophilia ring. She also theorized that the counter-protester killed in 2017 at the White nationalist rally in Charlottesville, Virginia was “an inside job.”

Green was elected to the House in November as a representative of Georgia’s 14th congressional district.