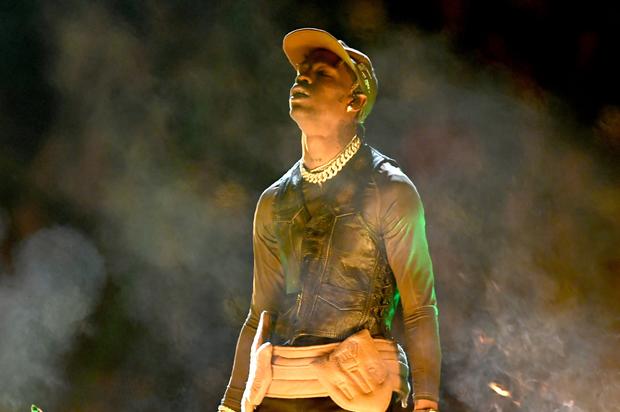 Childish Gambino has been having a hell of a year. The rapper/actor headlined a set at Coachella and at the same festival, he debuted the film he had worked on secretly with Rihanna. Guava Island is a feel-good story about love, casting Donald Glover and Rihanna at center stage as the stars of the show. We’re still waiting on a full-length album from Childish Gambino but at least he left us with a couple of songs late last year. One of them, “Feels Like Summer,” was a big hit at Travis Scott and Kylie Jenner’s home because the make-up mogul is using it in a new advertisement for her skincare products. La Flame actually picked up the microphone and recorded his own take on the song, belting out his auto-tuned vocals for a Travis remix.

There is no word on if/when the cover will ever be released on streaming but Travis Scott actually sounds solid on top of this instrumental. In the video shared to Kylie’s Instagram page, the reality star shows a lot of skin with the camera navigating her body and showing just how effective her product is.

Do you think Travis sounds good on “Feels Like Summer?” Hopefully, we hear about an imminent release to his cover.

Tory Lanez & Quavo Have A Banger On The Way