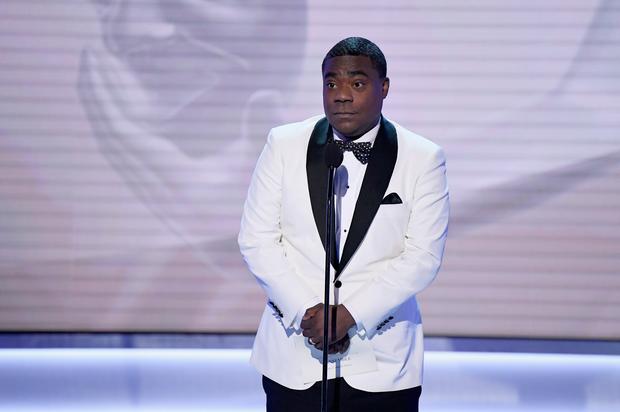 Famed comedian and actor Tracy Morgan recently chopped it up with Ebro In The Morning to discuss his Bugatti accident. As you may recall, Morgan was involved in a minor collision after he was sideswiped by a Honda. Well, upon stepping on Ebro’s show the latter was the first topic of their conversation. Morgan confirmed he had just purchased the car only three minutes before he got hit. He also jokingly added that he contacted his wife shortly after the crash occurred and she proclaimed “How much are we getting?” The comedian was mostly happy to know no one was injured in the process and admits that the car only got minor scratches. As such, he expects to go back to driving it by “next week.”

Along with giving away details with regards to the incident, Tracy Morgan also offered his thoughts on the industry’s new comedians, the New York Knicks and reminisced on his time on 30 Rock. He also gave some advice to the fellas looking to get close with their lady by emphasizing the importance of a good perfume and a clean car. Additionally, he also told an interesting story about James Dolan and some more Tracy Morgan outrageousness which we loved. Check out the interview above.