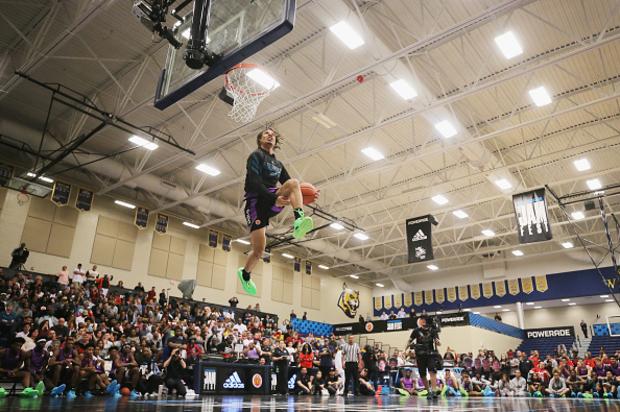 Cole Anthony, one of the top ranked college basketball prospects in the country, announced his commitment to the University of North Carolina Tar Heels on Tuesday. Anthony, the No. 2-ranked prospect in the 2019 class and the top unsigned senior, revealed his decision on ESPN’s “Get Up!”

“We ended up going with North Carolina,” Anthony said on ESPN’s Get Up! “We really pushed this decision back a lot. We really just kept looking at all our schools, and I just always ended up winding up going back to Carolina. It felt like a family to me. I love coach [Roy] Williams, coach [Hubert] Davis. If it was up to me, I’d be on campus tomorrow.”

The 6’3 point guard from New York City attended the famed Oak Hill Academy in Virginia, where he averaged a triple-double. According to ESPN, he also won a gold medal for USA Basketball at the 2018 FIBA Americas U18 Championship last summer and was named to the All-Tournament team.

“He’s maybe the most complete guard I ever recruited at this stage of his career, and I think he can get better.” Tar Heels coach Roy Williams said in a phone interview, according to the New York Post. “That’s the fun part.”

In addition to Cole Anthony, the Tar Heels have also locked up five-star center Armando Bacot (No. 17 in the ESPN 100), and they’re still in the mix for five-star forward Precious Achiuwa, ranked 16th in the ESPN 100.