Today In Hip Hop History: KRS-One Releases His ‘Return Of The Boom Bap’ LP 27 Years Ago 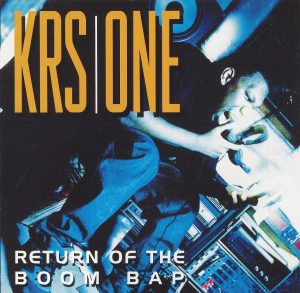 Sometimes the best way to things is to just do it yourself. This is the realization that KRS, the general of the Boogie Down Productions crew, came to when he dropped Return Of The Boom Bap. It was his first solo LP and was recorded almost totally in the legendary D&D Studios. With production from the likes of DJ Premier, Kid Capri, and Showbiz of Showbiz & A.G. while being promoted and marketed by Jive Records, this album is definitely one of Hip Hop’s buried treasures. Rated 4 mics by The Source Magazine, songs like “Outta Here” spoke directly to new jack emcees seeking fame, while tracks like “Black Cop” and “Sound Of The Police” spoke consciousness to the masses and still rocked the clubs. The album peaked at #37 on the Billboard 200.

We thank the Blastmaster for such a classic project that has stood the test of time. Salute!

The post Today In Hip Hop History: KRS-One Releases His ‘Return Of The Boom Bap’ LP 27 Years Ago appeared first on The Source.