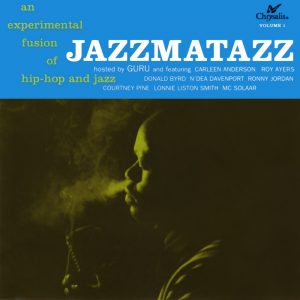 29 years ago, on this day, the almighty Baldhead Slick, more commonly known as the “Guru” of Gangstarr, dropped his first solo project, Jazzamatazz, on Chrysalis Records. The album featured a slew of artists in and outside of the ciphers of Hip Hop, as this album was the first of its kind, with “Gifted Unlimited Rhymes Universal” fusing the sounds of Jazz with Hip Hop’s boom bap to create a groundbreaking album.

Jazzamatazz, which was executive produced by Guru, featured Jazz legends such as Roy Ayers, Branford Marsalis, Donald Byrd, and N’Dea Davenport of the Brand New Heavies. Guru also introduced Hip Hop in the states to the international community, recruiting MC Solaar of France(not to be confused with the controversial producer Solar with whom Guru was connected before his passing).

Salute to the Gangstarr Foundation, DJ Premier, MC Solaar, jazz icons, and everyone who was a part of this trailblazing project! RIP Guru!

The post Today in Hip-Hop History: Gangstarr’s Guru Dropped His ‘Jazzamatazz: Vol. 1’ Lp 29 Years Ago appeared first on The Source.