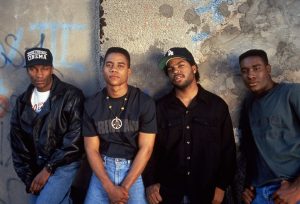 On this day in Hip-Hop history, John Singleton’s Boyz in the Hood hit theaters across the country and became an instant classic.

This Oscar-nominated film starring Ice Cube and Cuba Gooding Jr. depicts the life of three friends in South Central Los Angeles and how they cope with the daily trials and tribulations that come with growing up in the ‘hood. Serving as a fictional inside look into some of the realities described in popular lyrics of the era, this film was one of the first of its kind, bringing the truth of the ghetto to a larger audience.

Before Hip Hop culture was popular culture, there was rarely any representation of rap in media. Through this film, John Singleton was able to shine a light on a reality that’s rarely given any attention in this country; a reality of pain and adversity knew and felt by a large portion of this world but rarely given a narrative. The only films out that were depicting urban life and culture at the time where the blaxploitation films of the 70s and 80s, which usually glamorized negativity.  The difference however between Boyz in the Hood and other movies focusing on the various ghettos of this country is the positive “Increase the Peace” mantra that served as an underlying theme, bringing a trend of responsibility to the “rap movie” genre.

Commercially the film was a success, bringing in $57.5 million in the box office while in theaters and was nominated for both Best Director and Best Original Screenplay at the 64th Academy Awards, making John Singleton both the youngest and first African American director ever nominated for the award. The film’s soundtrack, released July 9, 1991, featured tracks from Ice Cube, Too $hort, Tony! Toni! Tone! and 2 Live Crew. It peaked at #12 on the Billboard 200 chart and #1 on the US R&B/Hip-Hop chart.

The post Today in Hip-Hop History: ‘Boyz N Da Hood’ Released in Theaters 29 Years Ago appeared first on The Source.