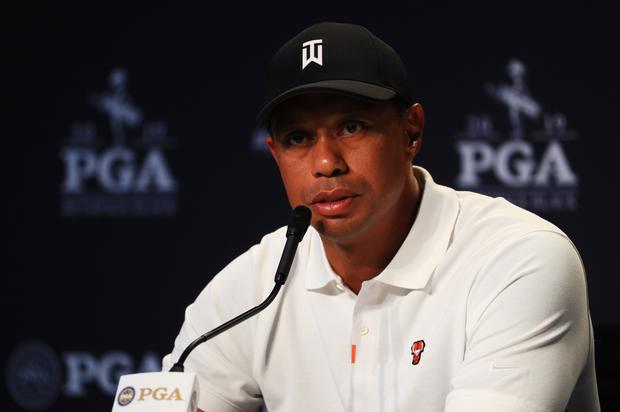 Back in December, Nicholas Immesberger died in a car accident after crashing his Corvette while going 70 MPH in a 55 MPH zone. It was revealed that Immesberger had a blood alcohol level of .256 which is three times the legal limit. Immesberger was known to have problems with alcoholism and at the time of his death, he was an employee at The Woods restaurant in Jupiter, Florida, which is owned by golfer Tiger Woods and his girlfriend Erica Herman.

Woods and Herman were recently hit with a wrongful death lawsuit from Immesberger’s family as they believe their son was overserved alcohol on the night of his death. It is alleged that Immesberger sat and drank at the bar for three hours after his shift before trying to drive home. The family is also saying that the restaurant destroyed the surveillance footage of Immesberger at the bar.

During a press conference for the PGA Championship, Woods was asked about the lawsuit where he explained that it’s a very sad situation.

“We’re all very sad that Nick passed away. It was a terrible, terrible night,” Woods said according to TMZ. “A terrible ending and just we feel bad for him and his entire family. It’s very sad.”

Stay tuned for updates on this case.