The Reason Why Jeezy Kept His Composure During The Verzuz Battle 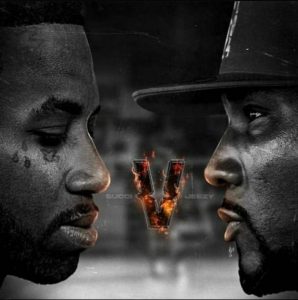 Throughout the battle, it was apparent Gucci Mane was baiting Jeezy, starting hit set off by playing his Jeezy diss, “Round 1” and then rapping his verse to “Benchwarmers.” Later in the battle, Gucci played probably his most well-known Jeezy diss track “Truth,” which garnered a response from Jeezy. But all in all, Jeezy was able to stay calm throughout the battle.

In an interview with Big Boy, Jeezy talks about how he was able to keep his composure during Gucci’s attacks, saying that had he responded to Gucci, he would have wasted his many years of personal growth. “I just felt like I wasn’t gonna lose my cool—I wasn’t gonna let anyone, including myself, drag me back 20 years,” he said. “I worked so hard to get in a place where things are good for me. I got multiple things going on, I employ a lot of people, and everybody depends on me. Matter of fact, I got a daughter that I love very much. I gotta make it back home to her.”

He then added that had he responded he would have taken an “L.” “I’m not putting myself in no position to prove no point to nobody that I’m real. I been real. … It’s solid, ain’t nothin’ ever gonna change that. I don’t have anything to prove. The only thing that I gotta prove to myself is I wanna be better than I was yesterday. … That would have been an L for me to walk out of there and be like, ‘Yo, I just really lost my composure out in the world because somebody was playing with me like we in the sixth grade.’”

Fans of the two are still talking about the battle on the interwebs. Even on The Joe Budden Podcast, the group said that “peace” and “the second amendment” were the real winners of the night because there was no violence. Who knows what would have happened if Jeezy had let Gucci get to his head.

You can watch the full video below.

The post The Reason Why Jeezy Kept His Composure During The Verzuz Battle appeared first on The Source.