The Hart Foundation Named To WWE 2019 Hall Of Fame Class 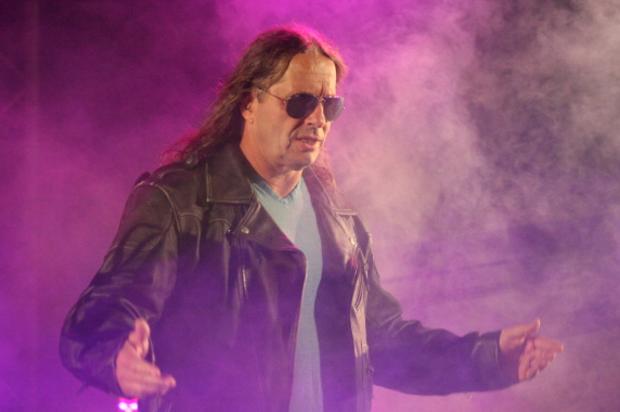 The Hart Foundation, one of the most formidable professional wrestling tag teams of all-time, will be immortalized in the WWE Hall of Fame on April 6.

As first announced by Yahoo Sports, Bret “The Hitman” Hart and the late Jim “The Anvil” Neidhart will be inducted as part of the 2019 Hall of Fame Class along with D-Generation X, Harlem Heat, Torrie Wilson and The Honky Tonk Man.

“It was very emotional for me,” Hart, who will become a two-time inductee, told Yahoo Sports.

“It really means a lot to me and I think it would mean a lot to my late tag partner, who would be really honored to be in the Hall of Fame. I think we both were really proud of our work as a team. I had hoped for years that we would get inducted together and get to go on stage together, but that’s not going to happen now. Emotionally, I feel really proud and I’m glad to get a chance to speak for Jim and I know he’ll be listening.”

According to WWE, the real life brother-in-laws entered the tag team division in 1985 guided by “The Mouth of The South” Jimmy Hart, and they went on to win the Tag Team titles on three separate occasions.

The duo captured championship gold for the first time in 1987 by defeating The British Bulldogs, comprised of Davey Boy Smith & Dynamite Kid. The Hart Foundation later split with Jimmy Hart, which resulted in years long feud with their former mouthpiece.

“By 1990, “Hit Man” & “The Anvil” had fought off Jimmy Hart’s attempts to tear them down, and turned their attention back to WWE’s top tag team prize. After bulldozing over The Bolsheviks in seconds at WrestleMania VI, The Hart Foundation made it clear they were coming for the World Tag Team Titles. It would take a few months, but at SummerSlam 1990, Hart & Neidhart defeated Demolition in a grueling 2-out-of-3 Falls Match to claim their second World Tag Team Championship.”

“Though they split up by the summer of 1991, The Hart Foundation left an indelible mark on WWE’s tag team division and created many lasting memories for the WWE Universe. That’s why there’s no greater honor for this legendary tag team than induction into the WWE Hall of Fame.”