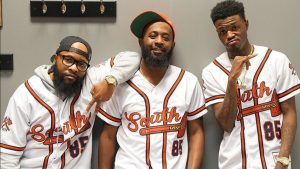 The 85 South Show crew is riding with Nick Cannon and made it clear during their interview with The Breakfast Club.

DC Young Fly, Karlous Miller, and Chico Bean said they’re not returning to the long-running Hip Hop improv show without Cannon. “I hope that there is some beacon of hope to where it could come back the right way, but for us, when we say it’s over, it just feels like it culminated,” Chico Bean said. “If Nick isn’t the host, then we ain’t even thinking about going back over there.”

The entertainment mogul was fired from Viacom CBS after making anti-semitic comments in July, who owns the rights to his show.

Charlamagne Tha God made a comment about DC being groomed for the job. But he responded, “I want [it] the right way,” he said. “I wanted [it] to be given to me from the O.G. It’s his shit. It’s not corporate shit. Corporate didn’t hire me. Nick hired me. So, it’d be a backstab for me to go be like, ‘Alright corporate, what y’all want me to do?’ I know how the game get. Y’all don’t fuck with me like that. You only fuck with what I can bring you. I wanna be part of a family, and Wild ‘N Out was family.”

Check out the full 85 South Show’s interview below:

The post The 85 South Show Refuses to Rejoin ‘Wild ‘N Out’ Without Nick Cannon appeared first on The Source.