T.I.’s Sister Precious Harris’ Daughter Gets Her Face Tatted After Her Death 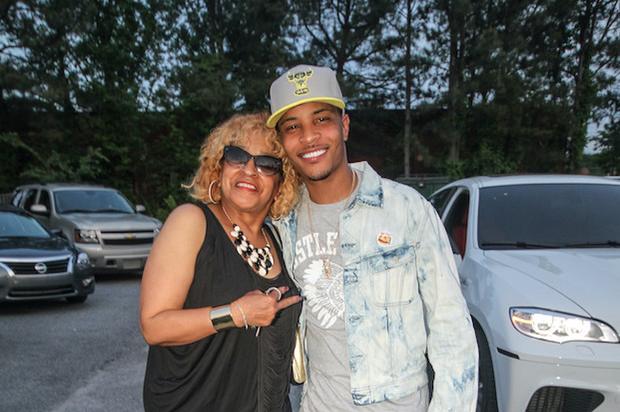 Earlier this month, the Harris family remembered Precious at her funeral, celebrating her life with performances, speeches, and more. T.I. and Tiny have been terribly shaken up about the passing of Tip’s sister, posting memorials on Instagram regularly. Kamaya Harris, Precious’ daughter, previously spoke out about how devastated she’s been after her mother’s death. Precious passed away after a serious car accident that was reportedly caused by an asthma attack. Kamaya said that Precious was her “everything” and now, she has a constant reminder of her mom on her skin.

Kamaya took a trip to the Black Ink Crew studio in Chicago, working with Van Johnson on a brand new portrait of her mother. The end result is absolutely beautiful, which she showed off on Instagram. Kamaya wrote that she loves it even though she knows her mom would scold her for getting it done. “Lol I love it so much lol even tho I know she up there like ‘now why in the hell would you tat my face,'” she said. “She hated portraits but I had to.”

This is such a nice way to tribute Precious and even though she may not have been the biggest fan of it, it gives Kamaya the chance to see her mother every single day of her life.