Swae Lee Is “96% Done” With His Album, Promises To Drop It Soon 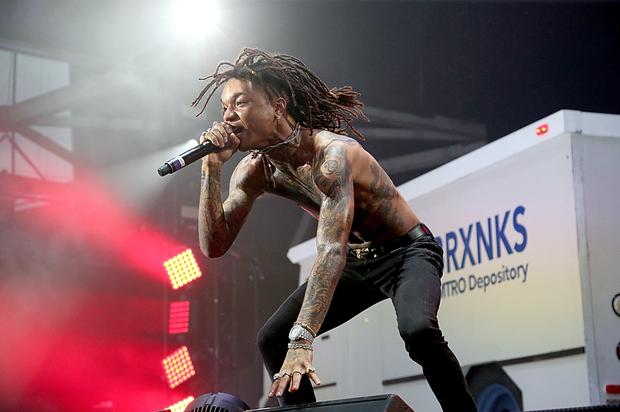 Inglewood rapper Swae Lee rose to fame in 2015 with his double-platinum hit “No Flex Zone”, as one half of group Rae Sremmurd. With songs characterized by strong production and high energy flows, Rae Sremmurd enjoyed a comeback success last summer when their single “Powerglide” featuring Juicy J was released and proved to be a major success.

Though Swae and his brother (and other-half of the group) Slim Jxmmi have managed to triumph as a duo, the artist has been able to successfully establish himself as a solo artist, collaborating with several big-name artists such as Madonna, Future, Jhene Aiko, Wiz Khalifa, Post Malone, and – probably most notably – French Montanna, delivering his iconic hook for their song “Unforgettable”. As well as releasing his 9-track debut solo album Swaecation in May 2018.

It’s safe to say that the 23 year-old has quite a bit of talent up his sleeve, even being nominated for “Songwriter Of The Year” in 2017 at the MTV Woodie Awards. So it’s no surprise that fans are eagerly awaiting his second solo album. Swae took to Twitter at the start of the month to make his first reveal about said album:

Though no official release date has been set, a Tweet by the rapper made last night let fans know that he’s “96% done” with the album. Producers like Mike WiLL Made-It and Metro Boomin have been teased as part of the album’s efforts.