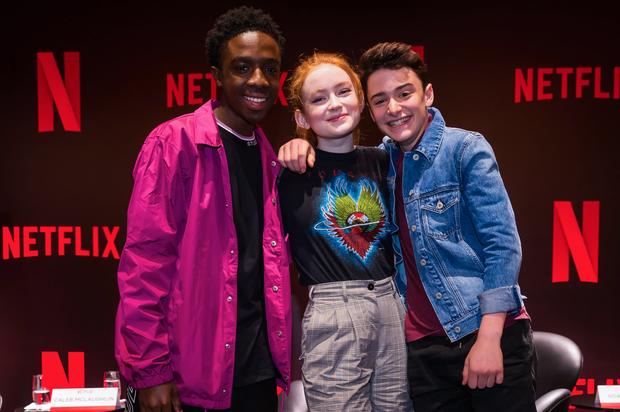 Season three of Netflix’s Stranger Things is just over three weeks away. So far we’ve been treated to an official trailer as well as the synopsis and titles of the eight episodes, getting us even more ready for the anticipated arrival. Three of the series leads, Finn Wolfhard, Gaten Matarazzo, and Noah Schnapp chatted with ET at the 2019 MTV Awards this past weekend and dished on the future on the show and when they think it will end.

“The Duffers have done so much for the characters in such an amazing way,” Finn (who plays Mike) said of the show’s creator. “We’re biased, but we truly believe it’s a fantastic season.” When asked about The Game of Thrones and the actors who weren’t too pleased with the ending, Schnapp (who stars as Will) added: “They have a lot to go up against.”

“And also, this may not be our last season,” Wolfhard chimed in. “We don’t know.” When asked directly when they thought the series should end, Schnapp responded: “Probably like, five [seasons].”