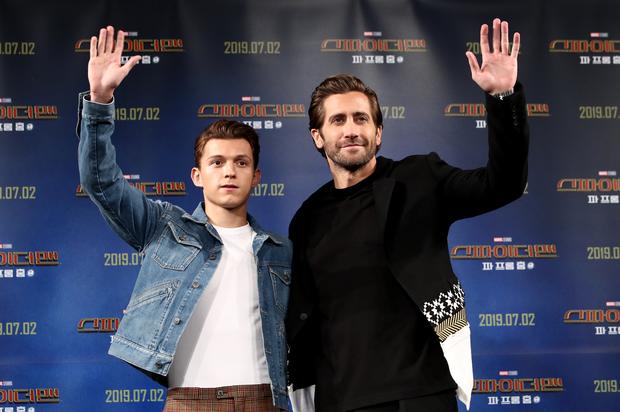 Variety reports relayed in the numbers tied to Spider-Man: Far From Home‘s global success. Domestically, the movie has been doing extremely well and so more than expected. With a $39.2 million dollar premiere clocked in on Tuesday and a week box office of $185 million dollars, the movie continues to acquire greater success as we go. And now, the numbers tied to the latest Marvel movie reveal that there is further great news to rejoice about. According to Variety, Far From Home was already off to a great start with $395 million dollars in ticket sales within the first ten days of its release worldwide, but now the Tom Holland-led movie is looking at touching $600 million dollars worldwide. The current ticket sales are at $580 million dollars globally which is not far off from the goal of $600 million. The aforementioned news outlet expects that the blockbuster will be pacing ahead of Captain Marvel and the previous Spider-Man installment, Homecoming, in no time.

The number stems from the movie’s launch in a total of 63 foreign markets which includes South Korea, Mexico, China, and the United Kingdom. Moreover, of all foreign markets, South Korea saw the most powerful debut with a total of $33.8 million dollars. Congratulations to the cast of Spider-Man: Far From Home and all those involved.

EXCLUSIVE: Presidential Candidate Tulsi Gabbard Says Lauryn Hill is the Hip-Hop Artist Ever and She Knows How to Beat Trump in 2020

Twitter Has No Chill; “Floyd Mayweather Never Let Us Down During Black History Month”