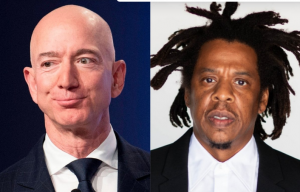 According to a report from Front Office Sports, the Denver Broncos franchise is set to hit the market for sale in 2022 and Hip Hop mogul Jay-Z and Amazon founder Jeff Besos have been named as potential future owners.

Pat Bowlen, the former owner of the Broncos bought the team back in 1994 for $78 million, but after Bowlen passed away in 2019, the team’s ownership has been up for grabs. The reported purchase price for the Broncos today is estimated to be upwards of $4billion.

According to the report, Besos was in negotiation to buy the Washington Football team, while Jay-Z will need to get other partners to purchase the two-time Super Bowl champs.