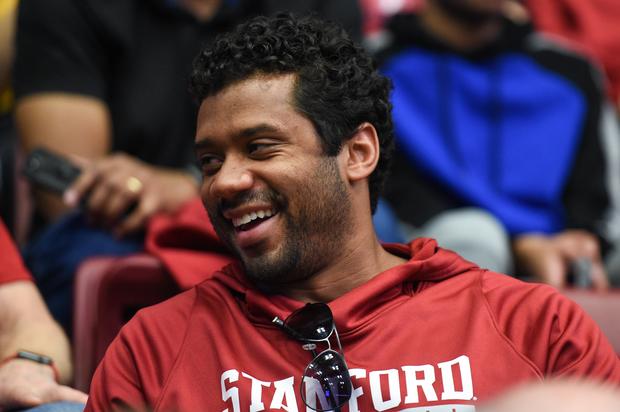 After signing a four-year, $140 million contract extension with the Seattle Seahawks, Russell Wilson has been all over the internet with his wife Ciara. The two have been enjoying the fruits of Wilson’s labor and now it appears as though Wilson’s offensive line are the latest beneficiaries of Wilson’s brand new contract. In a report from TMZ, it was revealed that Wilson gifted everyone on his offensive line $12,000 in Amazon stocks as a thank you for all of the hard work they do. Thirteen offensive linemen received the gift which means Wilson spent a total of $156,000.

Wilson even issued a little thank you note to all of his teammates where he explained exactly why he thought the gift was necessary.

“Every Sunday we go to battle together,” Wilson wrote. “You sacrifice your physical and mental well-being to protect me, which in turn allows me to provide and care for my family. This does not go unnoticed and it is never forgotten. When I sat down to think of ways to honor your dedication a dozen different ideas came to mind. Some were flashy, some were cool, but I wanted to give you something that had a lasting impact. Something that would affect the lives of you, your family, and your children. You have invested in my life … this is my investment into yours.”

Once again, Wilson shows exactly why he’s one of the best teammates in the NFL.