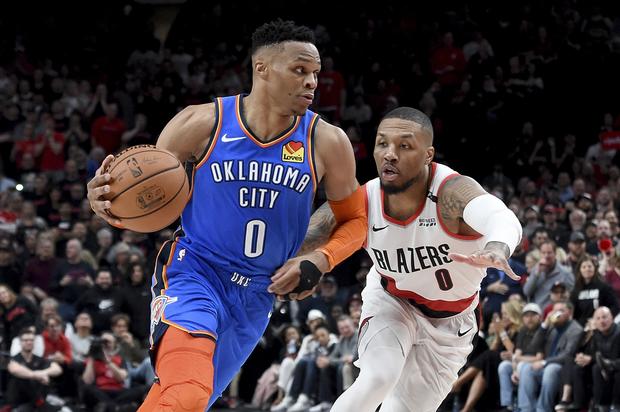 While it was expected that Kawhi Leonard might want to join the Los Angeles Clippers, no one predicted that he would be followed by Paul George who forced his way out of Oklahoma City via trade. George left behind superstar Russell Westbrook who simply doesn’t have enough pieces around him to make a deep run in the postseason. Westbrook is well aware of this and has requested to be traded from the team and even has some preferred destinations, including the Miami Heat. A player like Westbrook would certainly come with a high price tag and the Houston Rockets are one of the teams who are trying to negotiate a deal.

According to Brian Windhorst of ESPN, the Rockets want to try and convince the Thunder into a 3-team trade that would help the Rockets get Westbrook without having to give up too much.

As Windhorst explains in the clip above, 3-team deals are fairly hard to come by in today’s NBA and the Rockets will be hard-pressed to find a team that actually wants to help them out. It’s also been reported that most executives around the league believe Miami will end up with Westbrook which certainly puts the Thunder at a disadvantage.

TLC’s T-Boz is Open to Battling Xscape or SWV

Eminem: Crooked I Is The Most Underrated Rapper Of All Time

Megan Thee Stallion Received Flowers From Beyoncé After Hitting No. 1