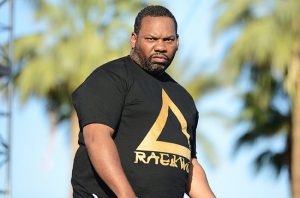 Raekwon is ready to tell his life story in book form.

The Wu-Tang rapper is gearing up to release a memoir titled, The Story of Raekwon, which he co-wrote alongside, music journalist Anthony Bozza.

Rolling Stone reports that the book will chronicle the veteran rapper’s journey from “drug dealer to Hip Hop Godfather.” He said in a statement, “From being a wide-eyed kid full of hopes and dreams, through hard times and sadness and so many situations I’m amazed I survived. This is all of it, the good, the bad, the ugly, the whole truth and nothing but.”

Raekwon has been on the low-key grinding. He recently re-released the instrumentals from his solo debut project, Only Built 4 Cuban Linx, to celebrate the project’s 25th anniversary.

The memoir is slated to be released in 2021.

Casanova Warns Rappers Before Surrendering: “We Are A Target”