R. Kelly’s Crisis Manager Says He Would Never Leave His Daughter With The Singer 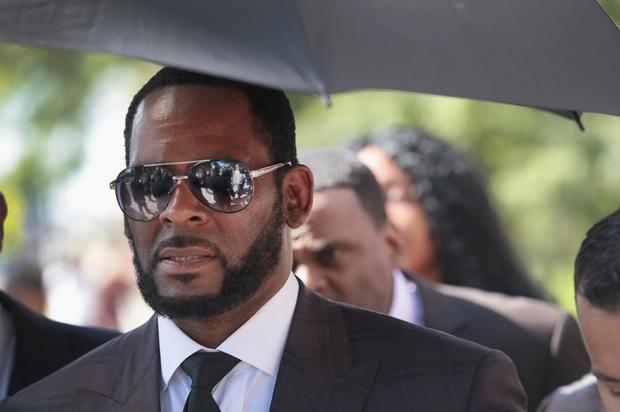 Darrell Johnson is not a lawyer to R. Kelly nor is he defending the singer of his many inappropriate actions. Darrell has been labelled as R. Kelly’s spiritual advisor, PR person and more recently his crisis manager. However, just because Darrell is working with the disgraced singer doesn’t mean he would ever let his daughter be in a room alone with him.

Darrell recently chatted with Gayle King on Monday’s CBS This Morning and was asked about his 20-year-old daughter and whether he would let R. Kelly be in a room alone with her. “Absolutely not,” he replied. “I wouldn’t leave my daughter with anybody that’s accused of pedophilia. Period.”

Elsewhere in the interview, Derrell spoke bout R. Kelly’s mental state and how he’s most likely on suicide watch. “Mr. Kelly is a mess,” he added.

“I’ve heard (statements) that he’s happy that this is going on, that he wanted to be at this particular place. That’s absolutely not true. Nobody wants to be locked down for 24 hours, no TV. He can’t read and write, so he can’t read a book. It’s almost like a jury has already convicted him.”

The Weeknd & Jacquees Smoothly Slide Into Our “R&B Season” Playlist

Gunna Teases Snippet Of Next Single, Apologizes For Its Delay

Trippie Redd & Lil Tecca Team Up On “How I Was Raised”