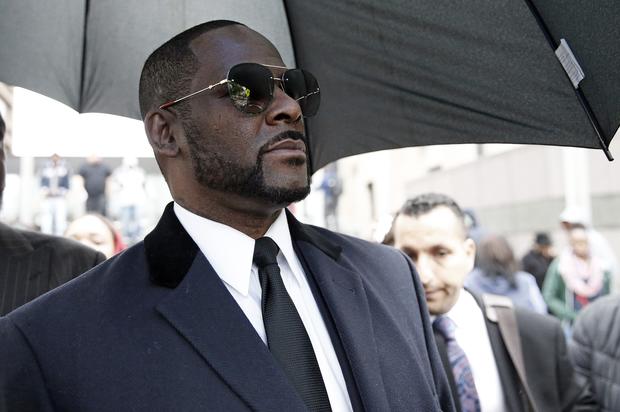 The prosecutors aren’t stopping until they see R. Kelly behind bars. After decades of allegations of sexual abuse, R. Kelly is now facing federal charges for sex crimes committed from 1999 to present. He was arrested last week on a set of brand new charges in New York and Chicago including kidnapping, obstruction of justice and racketeering. Although his lawyer has essentially dismissed the allegations, he’s currently behind bars waiting for his bond hearing. While he might feel the rest of the world turned their backs on him, two people he can definitely count on are his two girlfriends who’ve been rumored to be his alleged sex slaves.

According to TMZ, Joycelyn Savage and Azriel Clary are still riding for their man following a federal indictment. The two women will be in court on Tuesday to attend a hearing that will determine whether or not he’ll be able to be released on bond, their attorney Gloria Schmidt said. This marks Kelly’s third arrest of the year and second arrest related to the alleged sex crimes. If the prosecutors get their way, Kelly will be stuck behind bars until his trial begins.

Joycelyn Savage and Azriel Clary have been accused of being brainwashed and control by Kelly and his team. They’ve continued to ride for the singer throughout the whole Surviving R. Kelly backlash which resulted in his initial arrest.