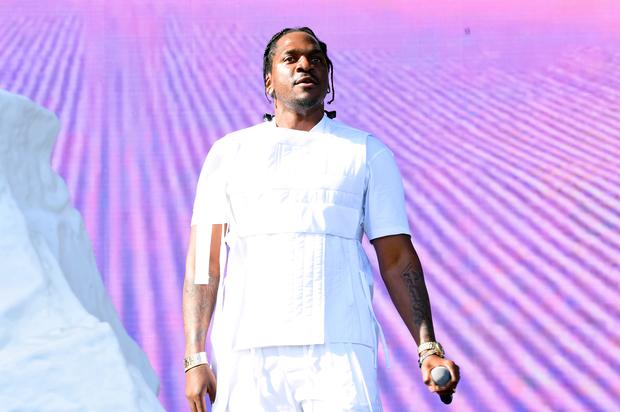 adidas Originals have partnered with Pusha T to help promote their new Ozweego kicks. The famed footwear company released a two-and-a-half-minute mini film yesterday starring the Bronx-born, Virginia Beach-raised rapper as he acts as a tourist in Barcelona, Spain before taking to the stage to perform in front thousands of screaming fans.

In the adidas-driven clip, there were plenty of shots of the Ozweego sneakers as Pusha talked about music, traveling, and success. “I would say that, the last 17 years, a lot of that has been spent on airplanes,” he said. “I’ve been through three passports already. Seeing the influences of what’s going on in other parts of the world…you know, Tokyo or traveling to Paris and Barcelona, it definitely helps.”

“Traveling has definitely broadened my horizons,” he continued. “It has helped me see and take in other perspectives and be open to other ways of life in every aspect. Hip hop culture is so global now. It’s so global you can’t be one-sided. You have to know how to navigate the world.”

Pusha also reflected on not being an artist that has a reputation for making moves in the shadows. “Playing the shadows and playing the background, it’s an art to it. Not everything has to be loud and up front and in your face,” he said. “It’s always about taste level and curating the proper experience. And it’s about being really focused and really precise. When you go against the grain and you win, you win big. And I always chase that high to win big.”