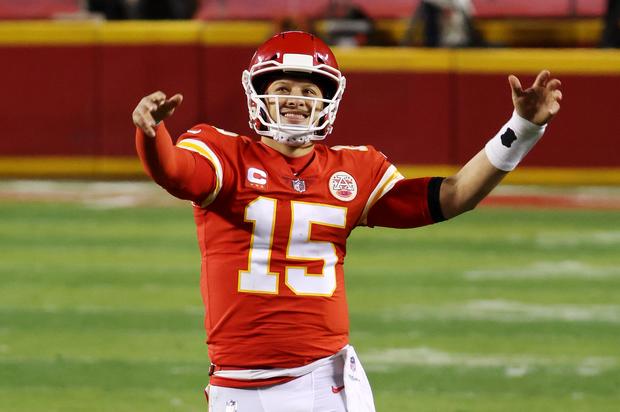 Patrick Mahomes has been widely considered as the best quarterback in the league over the last couple of years and it is easy to understand why. He has led the Kansas City Chiefs to three-straight AFC Championship games and after defeating the Buffalo Bills last night, the Chiefs are now on their way to a second-straight Super Bowl, where they will get to take on Tom Brady and the Tampa Bay Buccaneers.

Surprisingly, there were some out there who were doubting Mahomes and some even felt like Josh Allen of the Bills was the better quarterback. In an ESPN graphic that was posted prior to the game, the sports network’s analysts claimed that Allen was the better of the two quarterbacks. Following the match, Mahomes saw the graphic and hit with a “yawning” emoji, showcasing just how stupid the analysis was.

While Josh Allen certainly made a great case for MVP this season, Mahomes has been in a league of his own for years and it shouldn’t be a surprise that the Chiefs are having all of this success right now.

With the Super Bowl in just a couple of weeks, many fans believe Mahomes will defeat Brady although it remains to be seen how they will stack up on the biggest stage.