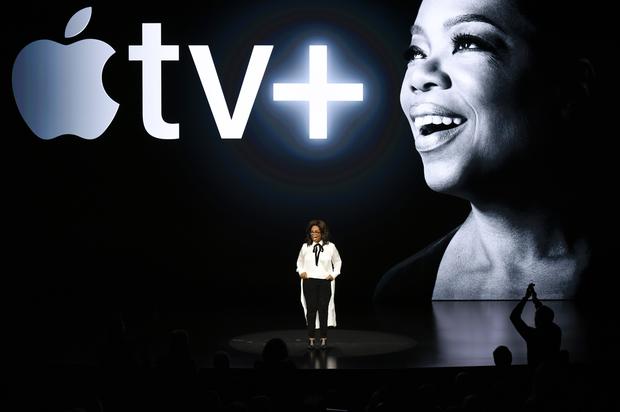 As if Oprah Winfrey can become more successful, the famed and highly beloved talk show host, television producer and philanthropist has now teamed with Apple TV to release a plethora of new content and digital experiences. Oprah hit the stage at Apple’s most recent seminar to detail some of the projects she plans to release with the company, specifically a live book club where subscribers can watch on-demand.

“We need to be open in order to contribute and harness our hopes and dreams to hear our divisions,” she said at the press event. “That’s why I have joined forces with Apple. Because they’re the company that has reimagined how we communicate. I joined in order to serve this moment because the Apple platform allows me to do what I do in a whole new way. Because they are in a billion pockets, y’all, a billion pockets. So I am honored and proud to be a part of this new platform to connect with people around the world to create positive change.”

Apple CEO Tim Cook met Oprah on the stage where a few tears were shed. “Thank you Oprah, I will never forget this,” he told her.

R. Kelly Prosecutors Are Tired Of His Complaints Over Prison Conditions