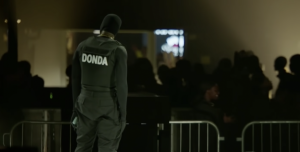 Kanye West’s DONDA listening event in Chicago did not enforce a vaccination mandate or even require a negative COVID test for entry. However, the event touted onsite vaccinations available to the near-capacity crowd that would be in attendance.

According to TMZ, there were 1,500 vaccinations available at Soldier Field, but only 13 doses were administered Thursday night. In comparison to the Atlanta show, Chicago is an increase, only four people decided to get the shot at Mercedes Benz Stadium.

You can catch up on more of the events of the DONDA listening party such as DaBaby’s appearance, Kim Kardashian in a wedding dress, and how much Kanye is making from these shows here.

The post Only 13 People Chose to Get Vaccinated at Kanye West’s Chicago ‘DONDA’ Event appeared first on The Source.