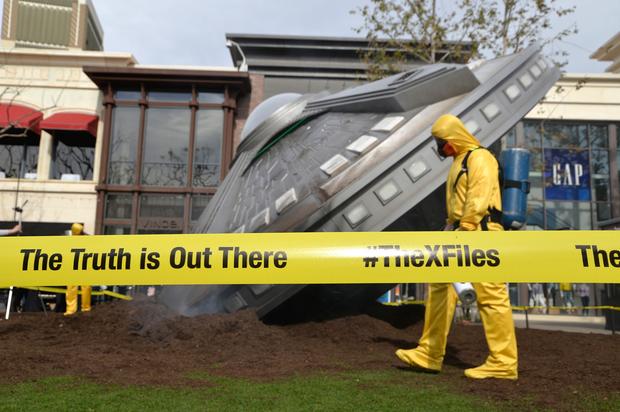 The primary purpose of the United States Airforce facility commonly known as Area 51 remains unknown to the public, meaning that over the years its garnered quite a bit of conspiracy theories, and has been the “central component to UFO folklore.” For tens of years, m=an overwhelming amount of people have been lead to believe (though it’s not too sure where it originated) that the Nevada district served as a holding site for aliens and UFOs— something which has been widely brought up in pop culture references. And now, nearly half a million Facebook users have pledged to ambush the area for answers in a couple of months.

A Facebook event, called “Storm Area 51, They Can’t Stop All of Us,” has been created, and so far, 491,000 people have signed up for it. But, with a “Details” caption reading “we will all meet up at the Area 51 Alien Center tourist attraction and coordinate our entry. If we naruto run, we can move faster than their bullets. Lets see them aliens,” it’s safe to say that this is all a part of some joke. In a joke picture posted by the creator of the page “Shitposting cause im in shambles,” he clarifies “P.S. Hello US government, this is a joke, and I do not actually intend to go ahead with this plan. I just thought it would be funny and get me some thumbsy uppies on the internet. I’m not responsible if people decide to actually storm area 51.” The whole fiasco has sparked this week’s viral meme of the moment, and I just had to share (more than) a few hilarious ones with y’all, check them out below!