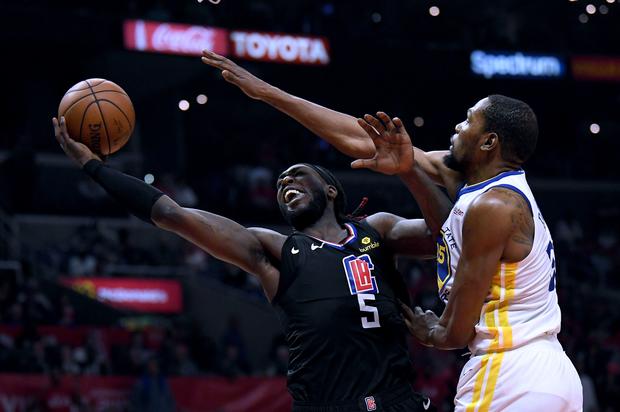 In the aftermath of Kevin Durant’s Achilles injury in Game 5 of the NBA Finals, players throughout the league have been showering the superstar with well-wishes and support. One of those players was Montrezl Harrell of the Los Angeles Clippers. Despite the Clippers losing at the hands of KD and the Golden State Warriors in the first round, it’s clear that players like Harrell have immense respect for Durant and everything that he had accomplished in the league.

“Prayers up for a real one man damn may god walk wit you brother,” Harrell wrote on Twitter. That’s when a verified account, that has no good reason being verified, shot back and said: “Cripple jokes already, damn.”

Harrell wasn’t a big fan of the response and immediately shot back in a mini-NSFW rant that surely put the fan in his place.

“Aye bra don’t at me withno stupid shit no time for no f*cking jokes you stupid f*ck a great player an friend in this game took a serious injury last night so go find you someone else play with stupid a**,” Harrell said.

Certainly, that fan will think twice next time he tried to be snarky on Twitter. Sometimes, you just have to know the time and place to make jokes.