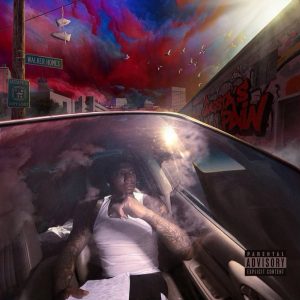 Moneybagg Yo is back with another album, dropping off A Gangsta’s Pain. The new release brings in Future, Polo G, Lil Durk, Pharrell Williams, Jhene Aiko, and Big 30 across 22 tracks.

The album follows the 2020 drop-off, Time Served, and teaming with Blac Youngsta for a joint album.

Yo sat with Apple Music and spoke about the album, highlighting the Aiko collaboration, “One of Dem Nights,” as a favorite.

“It’s like one of my favorites for sure,” he said. “Every morning I get up or when I’m trying to relax my mind I play Jhené, Summer Walker, and stuff like that…You have to step outside of what you’re doing a lot of times and just get yourself right.”

You can hear the album in full below.

The post Moneybagg Yo Drops New Album ‘A Gangsta’s Pain’ Featuring Future, Pharrell and More appeared first on The Source.